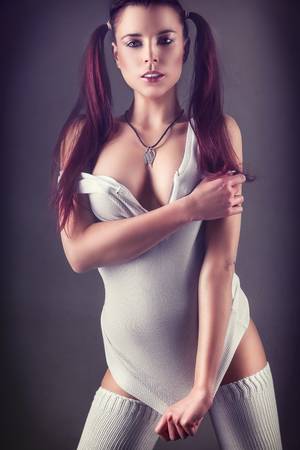 I frowned deeply as I heard the loud music playing from downstairs..

I told them just wish her a happy birthday and yes but that doesn’t mean they should disturb my peace..

‘Whoooooooo!!!!’…Celine screamed at the top of her voice and i groaned loudly squeezing the paper in my hands into dust…

‘Would you guys keep it down!!!’..I yelled at the top of my voice super angry but the music was so loud that no one heard me..

I was so drunk and immensely dancing that I didn’t notice the rumbling walls and the guards who moved backwards until i felt a strong hand grabbing mine..

‘Half demon doesn’t know..know how to party,you’re such a weirdo half demon and it doesn’t look good on you—I mean why are the handsome ones always taken or gay or stupid??’..I said staggering a little bit and he frowned..

‘I would not condone such attitude you hear me?!! What is wrong with you?!’..He yelled and I laughed sensing the anger in his blood red eyes..

‘It’s my birthday and I’m not with my boyfriend and instead I’m with a demon so what do you ex…’..my voice trailed off as I a salty rise in my throat..

‘Your ex what huh?!! Tell me!!’..He yelled and the house began rumbling again..

I puked on his pants..